What will be important for your data security in 2020

2019 is coming to an end. Time, to take a look forwards at what will affect the IT industry most in the coming year. Cryptshare's Matthias Kess (CTO), Markus Wolfer (Head of Sales DACH), and Oliver Gäng (CMO) recently attended the German conference for IT managers (DILK) as well as the member conference for the IT Security Association Germany (TeleTrusT) and they had a lively and fruitful exchange with a great group of experts. Our takeaway? The IT industry will keep its dynamic nature due to digitisation and digitalisation processes, the 5G network expansion, the increasingly recognised value of data, and the great challenges that will be posed to information security in the future. This will demand continued scrutiny by all to defend against the new threats which will emerge during the year. So it looks like 2020 will be yet another exciting year in IT.

Digitalisation has been on everyone's mind for quite some time and engages all sectors of the economy. However, it is not just on the rise; more likely, companies are already 'in the middle of projects'.

As of 2017, the vast majority of organisations had started their digital transformation already or were planning to do so.

The question is not whether digitalisation will take place, but how. IT security serves as an "enabler", meaning a driver and facilitator for digitalisation. In this context, however, it is of fundamental importance that companies not only consider the behaviour and actions of their employees in their digitalisation processes, but also question their own internal corporate structures and approach them in a systemic manner. In the future, this aspect will only become more deterministic as to whether companies will be able to fully benefit from digitalisation.

5G will set new standards for data transfers in the future. New transmission rates for data, which allow the internet to react in real time, will open up a myriad of fields of application. 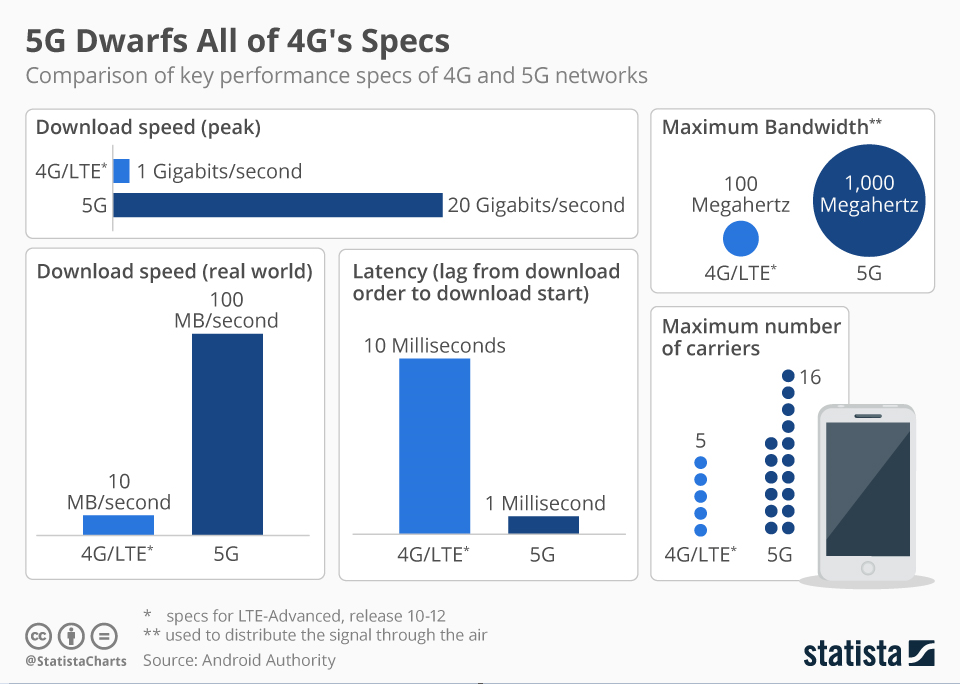 5G has the technological potential to significantly speed up data transfers.

The new speed at which data can be transferred in a 5G network will ultimately lead to an explosion in data volume. As a result, the storage capacity for data will eventually reach its physical limits - at least if it wants to keep up with 5G transmission rates.
The changes that 5G will bring will also present major challenges to IT and to the security of transfers. Ultimately, any data that is transferred and stored requires effective protection.

Data and the knowledge it offers:

Data is already extremely valuable - not only for its owners, but also for those who would like to get their hands on it and would use illegal means to do so. Data is the new gold and the world is becoming increasingly machine-readable through datafication.
Nearly all data that is created is intended to be used by others and must therefore be transferred to the respective recipients. Only then can the data be worked with and its true value can unfold. On the internet, value can only be added if data can be freely exchanged. For this purpose, however, it must be protected effectively during transport. In this context, powerful security solutions for communication serve as "enablers" that secure transfers from unauthorised access by third parties and thus also enable the profitable use of the data by those who need to be included.

With all these opportunities and challenges - what is the role of IT security service providers?

This is not a new topic, but a long-running one (which probably won’t change any time soon): In the foreseeable future, the human factor will remain the weakest link in IT security: 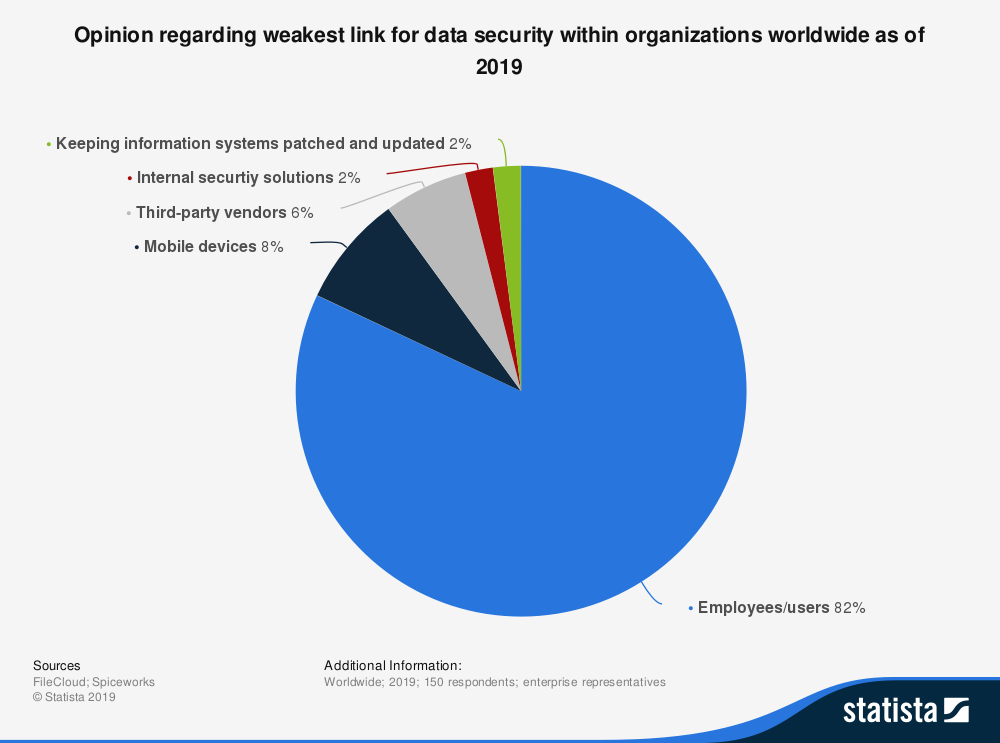 Employees still present the weakest link for enterprises' IT security.

Employees are involved in over 95% of data breaches. Often, a simple trojan is all it takes to break through a company's IT security. However, cybercriminals are now using increasingly sophisticated methods to identify their victims: The first wave of attacks is broadly targeted at all employees of a company. Those who do not react the way they should are then promising targets for the main attack that will take place later.
Cybercriminals are resourceful in their illicit actions: Usually, digital attack efforts such as social engineering, spearfishing, and attacks with manipulated email addresses prove to be very successful. If, however, such attempts turn out to be unsuccessful, hackers resort to more creative ways. For instance it was recently reported that USB drives with the respective company logo and infected with malware were dropped over the company’s premises with drones. Once the USB drive was plugged into a computer in the company’s network, the attack began. Employees need to realise that a successfull cyberattack can paralyse an entire enterprise for weeks. In the worst case scenario, a business is ruined and all jobs are lost.

Challenges for enterprises and manufacturers of security solutions

Companies need to protect themselves and their data effectively, because data breaches can easily jeopardise livelihoods and present a danger not only to the IT department, but to everyone in the company.

This is precisely where providers of communication solutions come into play: On the one hand, their products have to fulfil the security demand. On the other hand, they must also ensure that the security provided is user-friendly. All too often, IT security products fail because they are too complex or complicated to use. It is this very issue that urgently needs to be improved in many products. The best example: email encryption. Only 4-5% of email traffic is encrypted and solutions such as S/MIME and PGP are too cumbersome and difficult to use for most employees. Solutions from various email providers have also not been able to go mainstream.

How does Cryptshare prepare for what 2020 will bring?

At Cryptshare, we have always worked hard to achieve and maintain the best possible level of data security for our customers in multiple use cases. This will continue to be the focus of our actions in the new year. It is our mission to be not only a "communication enabler" but also a "business enabler" by providing enterprises an effective communication solution for their business needs. To this end, we are constantly improving our product and adapting it to security threats, to make Cryptshare even better. One example of this is our QUICK release in mid-2019: a revolutionary technology that exchanges passwords for users fully automatically. Following Cryptshare’s philosophy, QUICK not only ensures security but also the necessary simplicity of use.

Want to find out how Cryptshare can be your business enabler?
Learn more here.